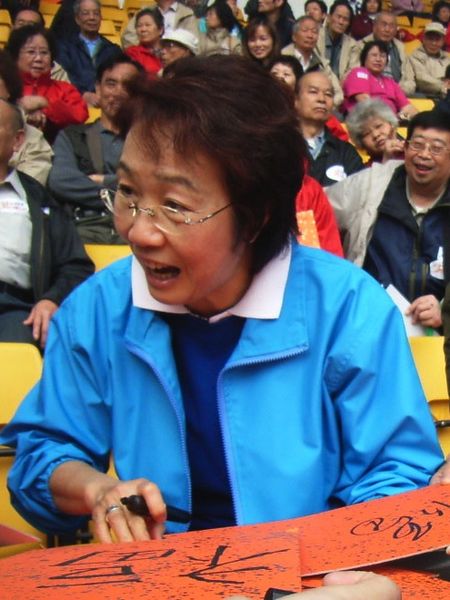 Posted at 06:14h in LegcoWatch by Benjamin Zhou 0 Comments
0 Likes

The veteran lawmaker and unionist Chan yuen-han has been back to the spotlight after she did not follow her pro-Beijing allies’ walk-out during the vote of political reform resolution last June. It was her first time not joining the camp’s collective political action, but not the first time on other issues.

According to an analysis by the LegcoWatch project run by the Journalism and Media Studies Centre (JMSC), the University of Hong Kong, Chan, along with six other pr0-Beijing legislators, tend to vote differently from either  pro-Beijing or pan-democracy group. On certain issues, particularly on economy and livelihood , they stand with their political enemies.

“It is quite normal because we share the same idea on those issues except for some of their extreme behaviors,” she said, “but what differentiate us is that HKFTU does not necessarily object to the government in any situation.”

Legislative Council (Legco) members in Hong Kong are generally regarded to be separated into two groups,   “pro-Beijing”- and “pan-democracy”, somewhat similar to the two-party system in the US or the UK.

After crunching voting records, however, LegcoWatch researchers found all six legislators from HKFTU stand out as voting differently from other two camps. The voting pattern graph indicates they might be the third camp in the Hong Kong political landscape. They stand firm with their pro-establishment allies on almost every vote on political issues, while vote the same as pro-democracy members on some other issues as livelihood.

Chan yuen-han, a 67-year-old noted Hong Kong unionist, is the honorary president of HKFTU and the whip of its all six members in Legco. She said the HKFTU would support the government when it actively responds to their demands; otherwise they will criticize the government based on its rights and wrongs.

The HKFTU, founded in 1948, is the largest labor group in Hong Kong with over 381,000 members, according to its website. “Patriotism” is its first principle and it is well regarded as supporting the China and Hong Kong government.

Among all motions during 2012-2013 legislative session, its lawmakers to vote in line with pan-democracy members on issues regarding rights of working class and social welfare: retirement protection, regulation of working hours, minimum wage, right to collective bargaining, reviewing the mandatory provident fund scheme, etc.

“We support all of motions and bills with such keywords (retirement, minimum wage, collective bargaining, etc.), but some parties are against all of them,” said Chan, “Democratic Alliance for the Betterment and Progress (DAB) usually abstain when it face such issues.”

DAB, with 12 lawmakers, is the biggest party and pro-establishment group in the legislative branch of Hong Kong. “Abstain” account for 29% of all its members’ votes during the last Legco session, the second largest percentage following New Forum, another pro-establishment organization with only one lawmaker.

Catholic Monitors on Legislative councilors, an NGO, criticizes DAB making use of “abstain” or absent during voting to cover its objections to some motions on livelihood issues.

Chan is one of the founders of DAB, established in 1991, and its first lawmaker when she was elected in 1995. But she finally left the party in 2011.

She described the relationship between the HKFTU and the DAB in Hong Kong as being somehow like the one between the Labour Party and the trade unions in the UK.

The Labour Party originated from trade unions, but they finally broke up as the party became more close to the center rather than speaking specifically for the working class.

“Things happened as I expected in the first place,” said Chan, “we collaborated to progress the DAB, eliminating Hong Kong people’s misunderstanding (towards China) in the early years.”

“After China took back sovereignty over Hong Kong, the DAB acted more like a ruling party, and I think it was time for me to leave.”

Ma Ngok, an associate professor researching politics of Hong Kong at The Chinese University of Hong Kong, agreed with Chan in a reply via email: “they (HKFTU) are sometimes different from the DAB because they are basically unions, and there are labor issues that they have ‘fought’ for years.  But the DAB claims that they are a catch-all party, thus has less obligation to support those issues.”

On livelihood and economic issues, half of the votes cast by lawmaker from the HKFTU were the same as pro-democracy members’, making them on the opposite of most pro-establishment members, according to LegcoWatch analysis.

“If we conceive the HK government as a pro-business government,” said Professor Ma Ngok, “then it is natural that it will always come into conflict with the pro-democracy opposition. “

“The society in Hong Kong is highly affected by capitalism,” said Chan, “not only the pro-establishment members, but also a few pan-democracy member are against our attitudes towards labor and social welfare issues, due to their free economic belief.”

The relation between the HKFTU lawmakers and business class representatives became even more strained after Chief Executive Leung Chun-ying made the policy address in January this year.

The HKFTU lawmakers criticized Leung failing to abolish the offsetting mechanism in the Mandatory Provident Fund, the compulsory retirement fund. They believed it was some lawmakers for business class that pressed the chief executive to give up changing the much-criticized mechanism at the last moment.

Chan was not satisfied with the performance of Leung Chun-ying, slamming him for breaking the promise he made during the chief executive election.

“A chief executive who are lack of his own network, lack of supporters and cannot harness the current situation and political culture in Hong Kong, is Leung Chun-ying we see today. Every time trying to push forward changes on some issues, he step back as soon as he meets pressures.”

“It is a huge task for us,” said Chan, “on one hand, the government always steps back when it meets pressures (from the business circle); on the other hand, many Hong Kong people are still afraid of welfarism that triggered crisis in countries as Greece in 2008.”

“We just work for labor”

She admitted the HKFTU coordinated with some pro-democracy lawmakers before negotiating with the government or voting on issues as minimum wage.

When asked whether suffered pressures from authorities of China, The unions’ leader said:” we just work for labor, the central government would not and don’t know how to intervene us.”

“We must stand firm for working-class, while patriotism is another thing.”

But the HKFTU was criticized when its members finally changed their stances to support the controversial “Work Incentive Transport Subsidy Scheme” after being lobbied by the government in 2011. The unions’ approval rating suddenly dropped out of top 5 of all political groups in the LegCo afterwards, according to the poll by HKU.

Chan thinks the central government authorities are mainly nervous about Hong Kong’s political reform, because there are too many problems to deal with in Mainland China.

“We do not go too extremely on political issues, because we need to consider the question from different aspects,” she said.

On political, culture and education issues, related to the ideology, the HKFTU stands firm with other pro-establishment members in voting.

Her attitude towards electoral reform, however, is still open: “The pan-democratic members sometimes go to extremes, but I am not against their efforts to seek new ideas (to solve the problem). For instance, I think popular nomination (citizens own rights to nominate candidates of chief executive directly, an idea objected by Beijing authorities) is okay because we now also allow citizens to nominate candidates for legislators currently. So shall we think in this way?”

Chan is optimistic to Hong Kong’s future and the prospects for better social welfare they have been striving for.

“I know Leung Chun-ying is fettered by businessmen, but I think it is quite normal,” she said, “I will also exert pressures on him, because it is the way we work in a civilized society, and the government need to find a place to balance each of us.”