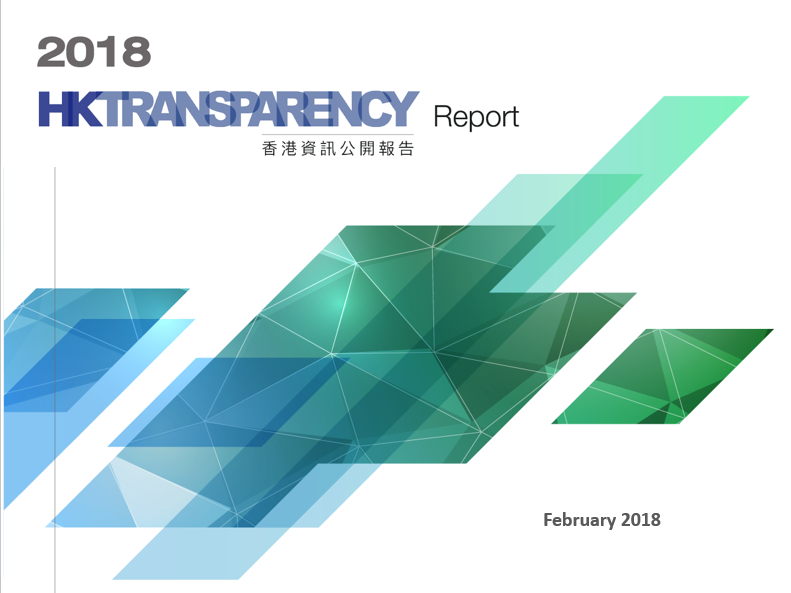 The Hong Kong Transparency Report 2018 was published on 9 February.  The third since its launch in 2013, this year’s report focuses on the city’s surveillance law which was found outdated in protecting people’s privacy in cyberspace, compared to South Korea, Taiwan, Australia, the UK and the US.

Edward Snowden’s global surveillance disclosure of the massive US spy programme in 2013 has prompted many jurisdictions to change surveillance laws or introduce legislations. The government access to personal data and communications stored in cyberspace have been regulated as surveillance practices in many countries, according a survey conducted by the HKTR. In some jurisdictions, law enforcement agencies must obtain warrants before they make such access.

However, the Hong Kong government refused to expand the scope of surveillance ordinance in its 2015 amendment bill. 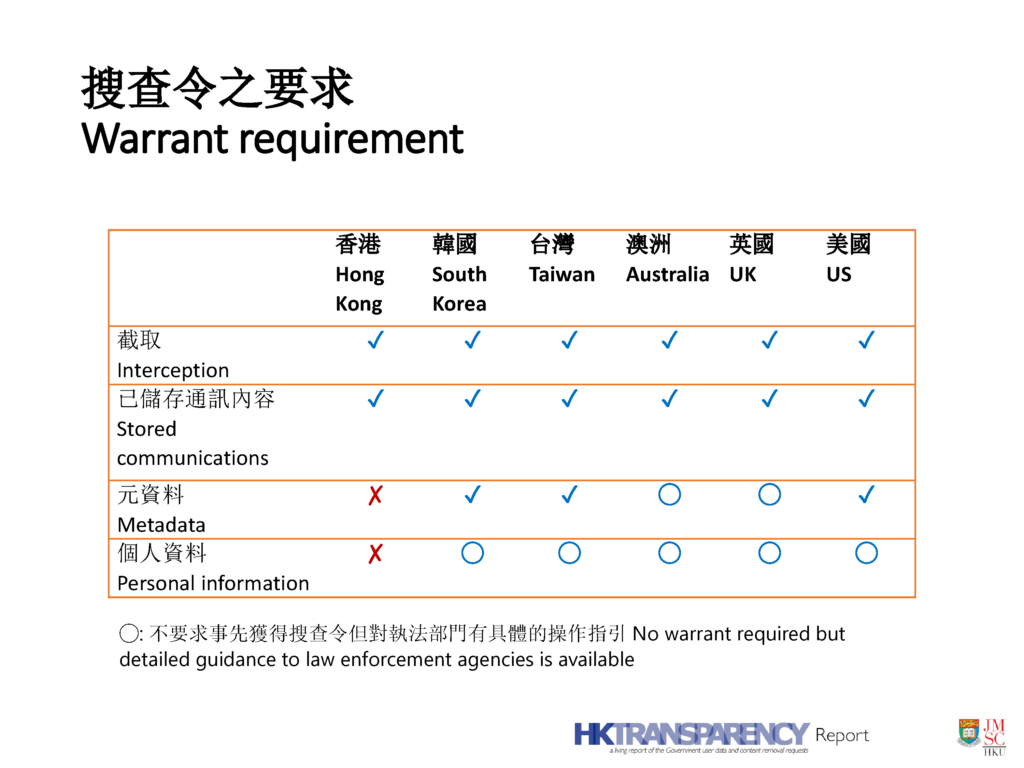 For access to user data in Hong Kong, there are neither a warrant requirement, nor detailed rules for law enforcement agencies to follow. Though some jurisdictions also do not require a warrant to access personal information, they make guidance and codes of practice publicly available.

The Report 2018 also finds a lack of transparency in electronic communications surveillance in Hong Kong. Many other jurisdictions make regular disclosure, including statistics and explanation of the surveillance mechanism in plain language.

However, Hong Kong neither specifies types of communication surveillance in its commissioner’s annual report, nor discloses statistics of government access to digitally stored communications and personal data on a routine basis. 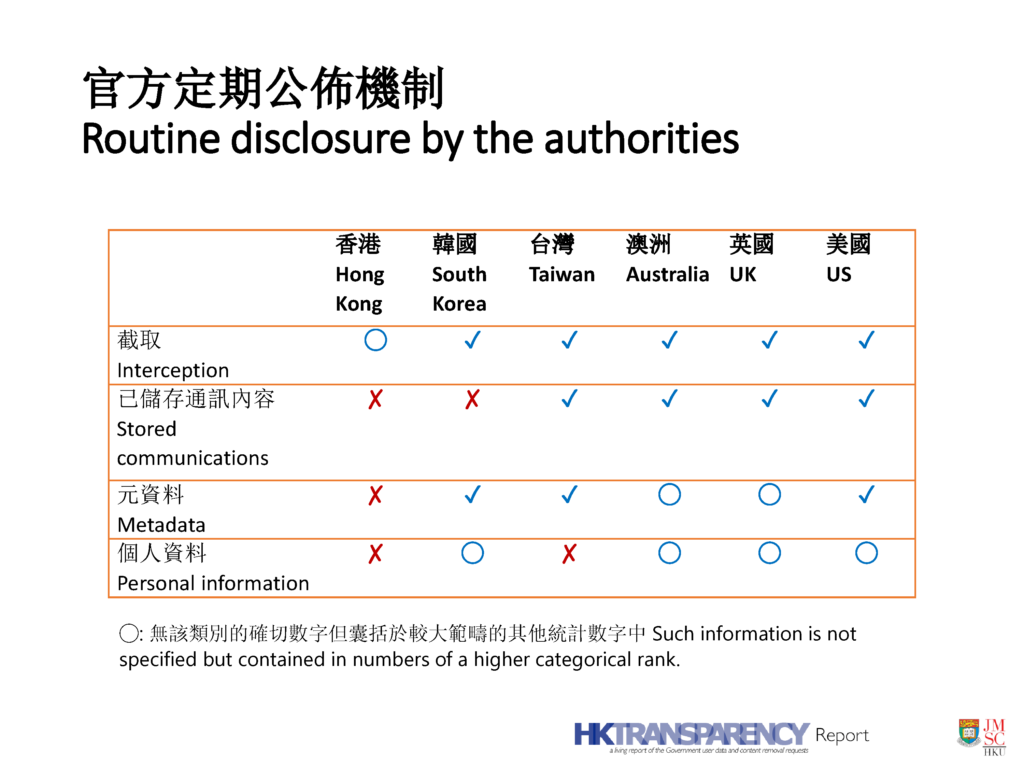 The Report recommends the authorities to introduce legislation or amendments to the current surveillance law, issue guidance to law enforcement agencies, and improve routine disclosure of the matter. 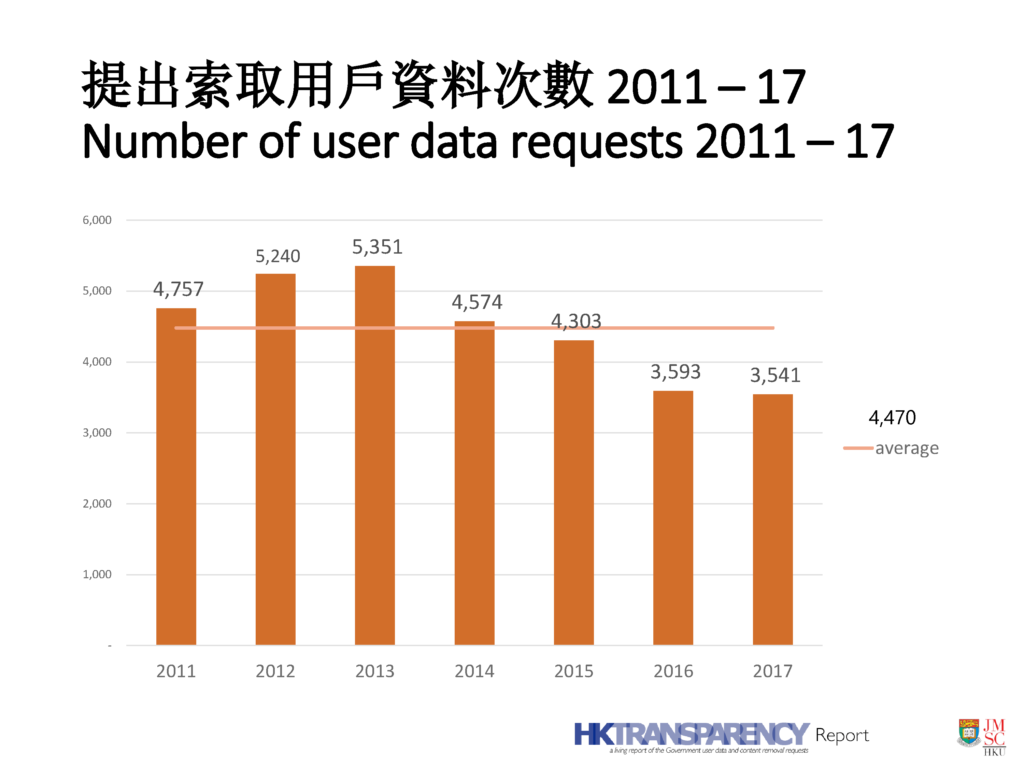 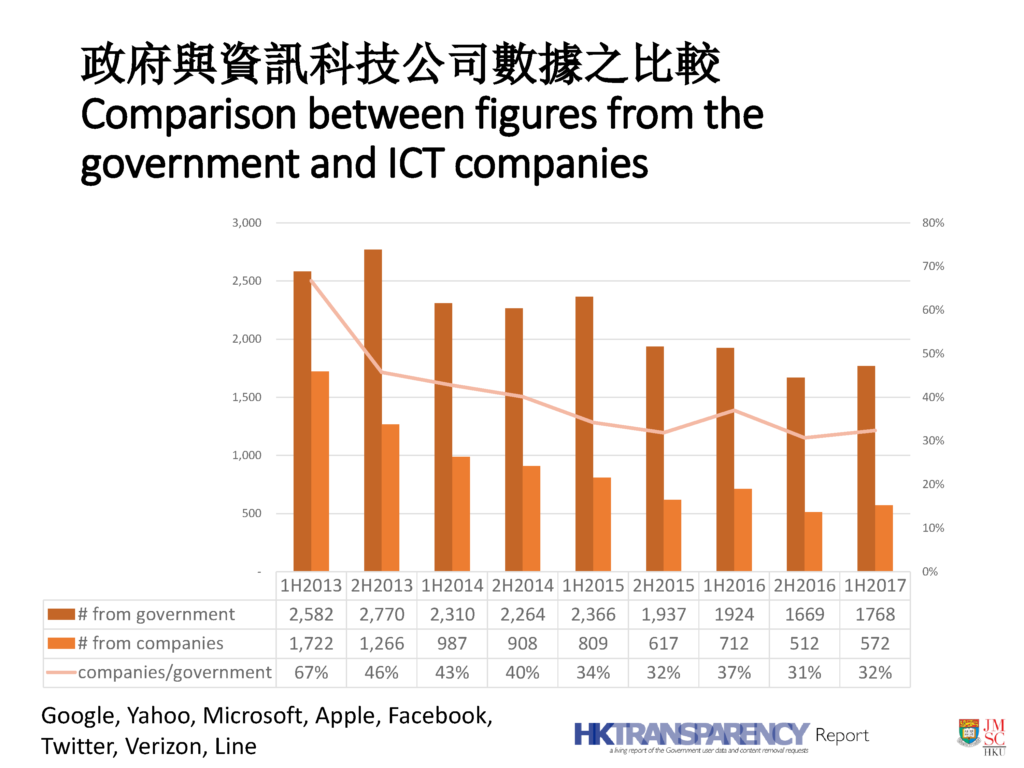 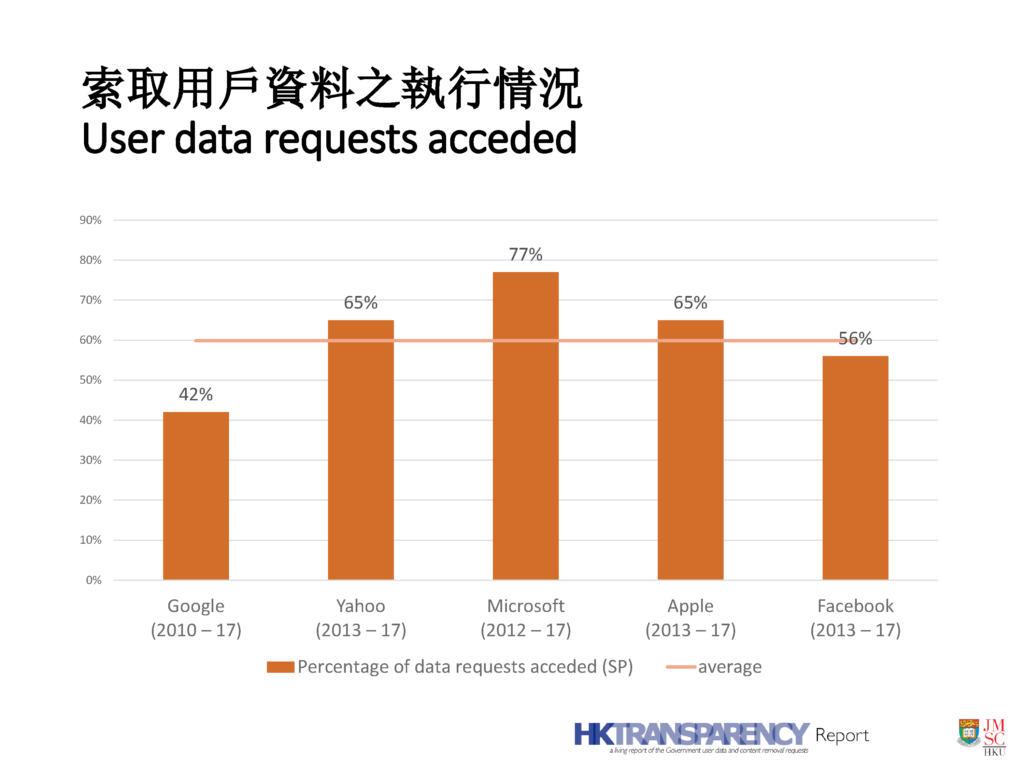 Presentation for the Launch 2018