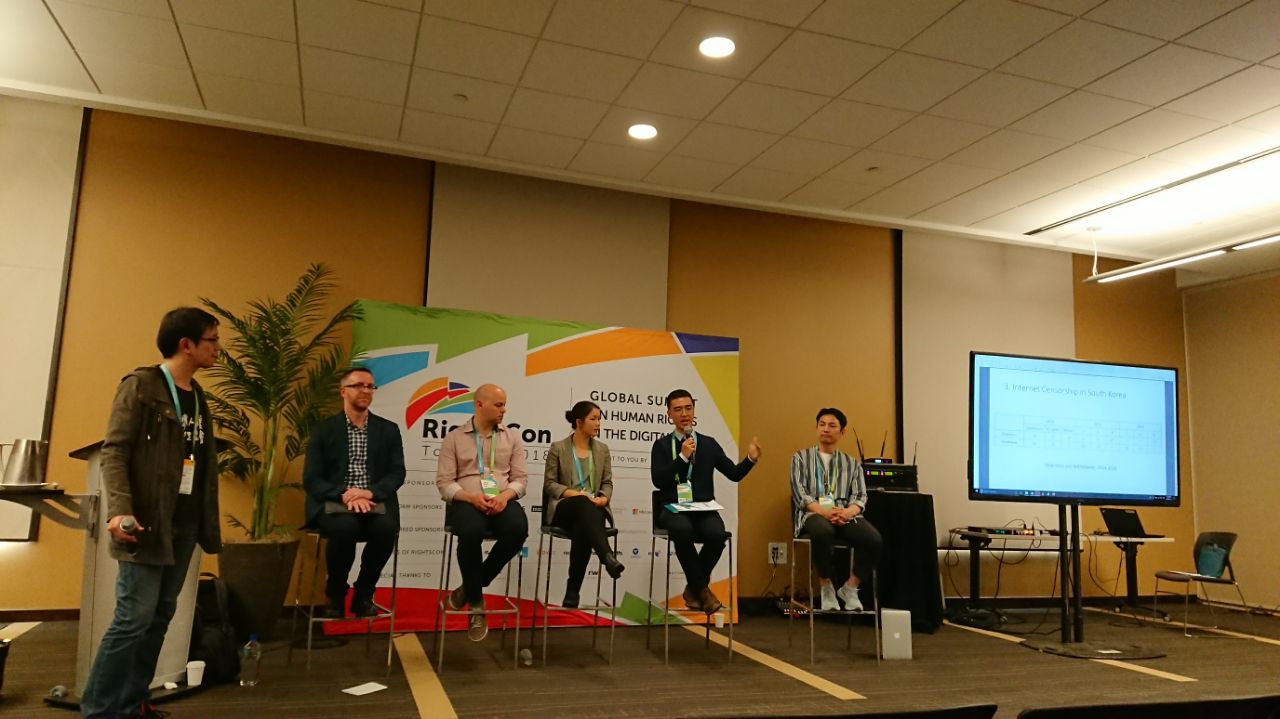 The Transparency Project joined the seventh annual RightsCon conference 16 – 18 May in Toronto this year. The project manager Benjamin Zhou co-organised and spoke at two sessions together with panelists from civil societies, academia and tech industry.

In a session on 17 May, Zhou presented his findings in the Hong Kong Transparency Report 2018, which was published in February with a focus on the lack of legislation and transparency in cyberspace data surveillance in Hong Kong.

The panelists shared their insights into both government and corporate transparency, and discussed the potential of new types of information that should be reflected in transparency reports. For example, driver licenses are major objects of government requests to car-hailing companies like Uber.

On 18 May, a session “Tactics for advancing digital rights in developing economies and challenging political contexts: an RDR perspective” was co-organised by the Transparency Project, which was moderated by Laura Reed with the Ranking Digital Rights (RDR) project. 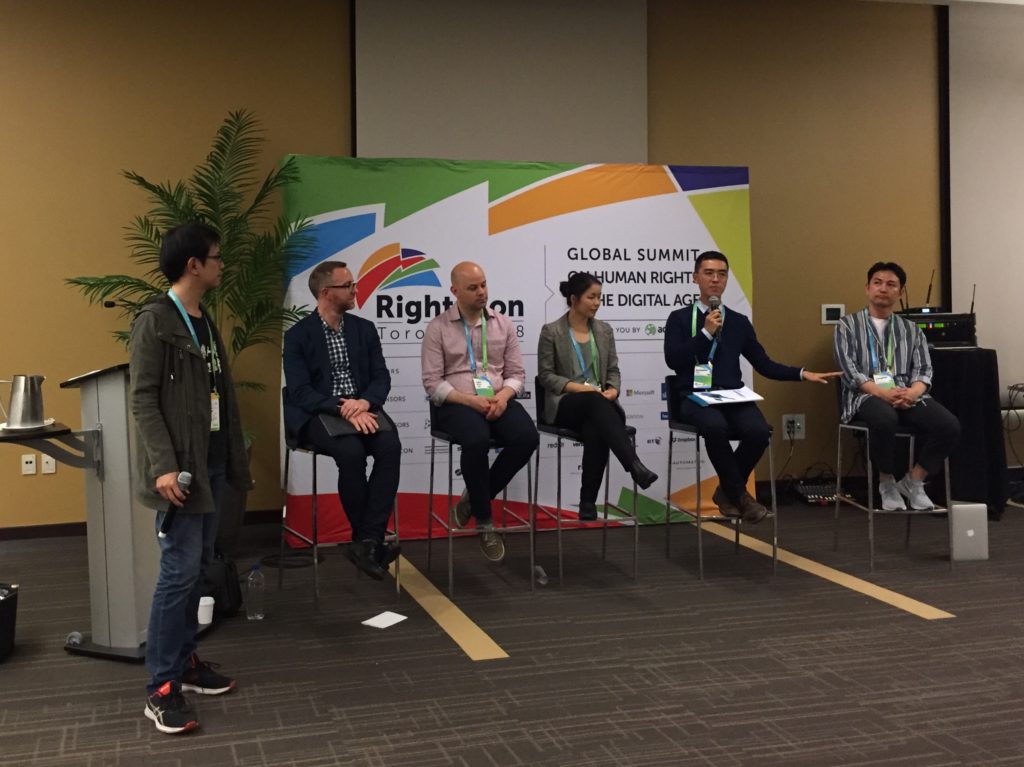 The panelists were researchers who adapted RDR, an index evaluating tech companies’ policy transparency in privacy and speech rights protection, to local contexts including China, Russia, and regions of Sub-Saharan Africa and the Middle East, where digital rights advocacy is more challenging than advanced countries.

Zhou shared his observations in a research analysing RDR indicators against laws and regulations in China, showing that more than 80% of the indicators based on international human rights standards are compatible with Chinese laws, with potentials to promote digital rights protection at the corporate level. The research report will be published soon.

RigthsCon is an annual digital rights conference convened by Access Now, a U.S. organisation. The 2018 conference was held at the Beanfield Centre at Exhibition Place in Toronto, Canada. Around 2000 participants from companies, governments, NGOs and universities in 115 countries attended more 450 sessions this year. The RightsCon 2019 will be in Tunis, Tunisia.